Trends in social media for 2017

As 2016 draws to a close, we’re all in high holiday spirits as we count down the last working days. But before all that, I offer you a summary of what social media in all likelihood, almost certainly, will bring in the new year.

Many things happened in the online world over the last year. Lots of interesting new things set the trend that will carry forward to the next year. I’ve chosen five that may significantly impact our market.

Video as the fearless leader

This year we were witness to the growing influence of videos as a content form on social networks. According to a survey conducted by one of our favourite clients on the social media channel manager Buffer, 83% of marketers would spend more time on producing video content if they weren’t limited by time and money. And 30% of respondents want to invest in videos on Facebook in 2017.

Live video is gaining strength as well. Live broadcasting is spreading across all social highways. Instagram recently introduced live streaming in their Stories function. Twitter has its Periscope and YouTube Live will soon be launched.

The Tastemade project made great use of live video on Facebook when they did a live broadcast of an episode of their mini cooking show Tiny Kitchen.

It started with the advent of Snapchat and its disappearing messages. Then came My Story, where photos and videos “survived” for 24 hours. When usage peaked in Slovakia, Facebook came in with the motto “if we can’t buy you, we’ll beat you”. The function was taken on by Instagram, and then by WhatsApp and Messenger. Messenger even offers a secret conversation function. 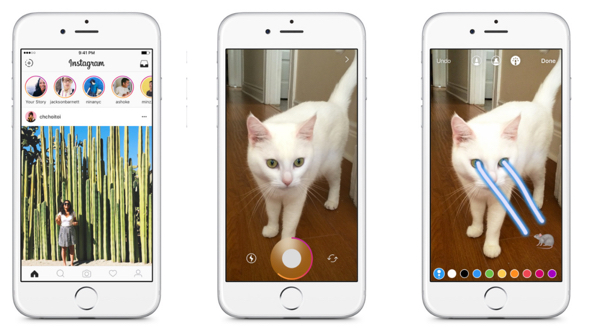 Temporary content is interesting for exactly that reason – it’s temporary and captures the current moment. For now it is becoming increasingly popular among ordinary users, who like to record their day to day lives. But brands are starting to enter the fray. Even Slovak brands have tried out their own Snapchat campaigns. Give it a go in 2017 and you might be surprised by the results.

Chatbots are changing the way we communicate

Chatbots have been around for a while. We all know Siri and Google Assistant. They simulate conversation without the need for humans on both ends. Their use on social networks has far from peaked.

It was announced this spring that companies and brands will be able to create their own Facebook Messenger chatbots, which rapidly raised interest in this technology. Bots can already forecast the weather, order food for you, and just days before the election the New York Times created a bot that sent users election updates.

Now for something a little different:
Today through Election Day, daily FB analysis from me–direct to you! Signup: https://t.co/8qvtXC9dBi pic.twitter.com/ZBwqcLvRh4

We’ve already seen the first glimmer of bot usage in Slovakia, but next year is the year where we’ll see bots begin serving us, too.

This is nothing new, it’s been going on for a long time and is not likely to change. The change of algorithms on Facebook and Instagram means that posts are no longer shown chronologically, but in order of relevance. However, this is motivation to constantly create higher quality content attractive to our fans and followers. And mainly, we have to invest in advertising.

The quantity of data streaming through the internet every day is unimaginable. Nonetheless, we have to work with these data. We can learn quite a bit about our customers to thoroughly personalise the advertisement they see on their screen. All the remarketing available out there shows us that it isn’t enough to just to send out generic advertising messages.

We have to offer people what they’re looking for and what they want in order to continue fulfilling our goals. Essentially, if I’m on the internet looking for a PlayStation 4, it has to be right up in my face until I buy it. 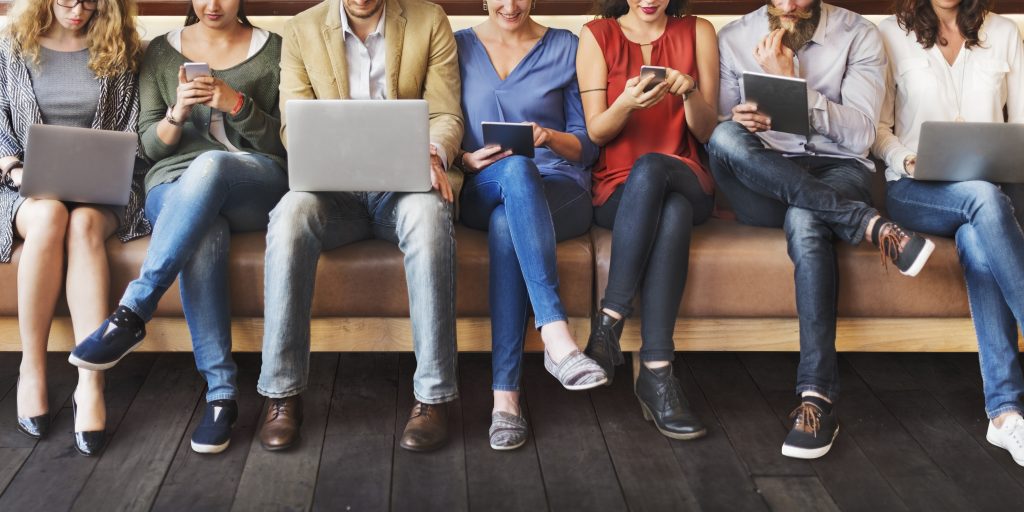 The world I’ve talked about in this article is so dynamic that a few weeks from now, some of things I mentioned will already be outdated. Maybe something new will pop up and send these trends packing. But if nothing unforeseeable happens, this article will sufficiently prepare you for the world of social media in 2017. And don’t forget that just like these last 12 months, the next 12 months will also bring plenty of new things to be tracked, reviewed and ideally, incorporated into your online strategy.

I’ll keep my fingers crossed in the new year in the hope your fans and followers will get the best content from you to rock their world.